As technology becomes more affordable and accessible, an increasing number of Americans are taking home security into their own hands through the installation of internet-connected doorbell, and security cameras such as the Amazon Ring, and Google Nest. Internet-connected doorbell cameras are inconspicuous but ever-present, providing 24-hour surveillance, including constant audio and video recording. In the context of multi-family and connected buildings such as condominiums, cooperatives, or homeowners associations (hereinafter “HOA”), these cameras have quickly become the center of a conflict between the desire for privacy and the desire for security.

Internet-connected security cameras allow individual owners to surveil and protect their homes’ entrance. This provides residents with a feeling of safety, and may act as a deterrent for crime, especially in buildings that lack a doorman or non-gated communities. On the other hand, the neighbors of internet-connected doorbell camera owners may feel that their privacy is violated. For example, when installed on a doorframe, the Amazon Ring is capable of recording all surrounding audio and video in its immediate vicinity. Additionally, residents living across the hall or next-door from an Amazon Ring owner may have the inside of their dwelling filmed whenever their door is open.

Boards and managing agents often struggle with this balancing act. There are no laws in New York forbidding the usage of internet-connected doorbell cameras in condominiums, cooperatives, and HOAs. Many condominium governing documents forbid owners and residents from installing devices, decorations, and objects, or making alterations on the common area exterior portions of units and most condominium governing documents specify that lobbies, public hallways, and stairwells are common areas. However, there is often no mention of whether the exterior of a unit door or doorframe is considered a common area and this issue has not been resolved by caselaw.

Similarly, cooperative governing documents usually contain rules forbidding “public halls” from being decorated or furnished, which gives rise to a question of whether a camera mounted on a door or doorframe would be considered part of the public hall.

Finally, HOA governing documents often contain regulations preventing certain exterior additions or alterations without board approval, such as architectural or landscape changes, and painting or decorations to the exterior, and even specifically doors, but still might lack the specificity of language that would prevent the installation and use of internet-connected doorbell cameras.

In order to avoid confusion and potential litigation, condominium, cooperative, and HOA boards and managing agents should consider reviewing and amending their associations’ governing documents in order to add provisions specifically targeting exterior doorbell cameras to address the balance between security and privacy issues. There are several ways to amend governing documents to target internet-connected doorbell cameras. One way is by specifying that exterior unit doorframes and doors constitute a common area under the board’s control. A second way is by requiring board approval before installing an internet-connected doorbell camera. Another option is to require that the owner who wishes to install a camera obtain the consent of all affected neighbors.

Ultimately, there are several ways for boards to address the issues created by internet connected doorbell cameras, which will be controlled by the association’s particular governing documents, the layout and proximity of units, and what is perceived to be in the best interest of the community. 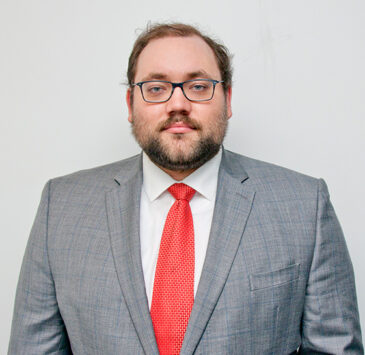