Since 1968 the Yellowstone injunction has been a form of legal relief used in New York by commercial tenants who have been served with a notice to cure by their landlord to obtain an extension from a court to cure the default and prevent the landlord from terminating the lease until the dispute is settled or determined by the court.

However, in August 2018 (see link: https://lasserlg.com/yellowstone-relief/), we reported on the New York Appellate Division, Section Department’s decision in 159 MP Corp. v. Redbridge Bedford, LLC, 71 N.Y.S.3d 87 (2nd Dept. 2018), which held that a commercial tenant’s waiver of the right to seek declaratory relief which by extension includes the right to seek a Yellowstone injunction was legally enforceable because it was not void against public policy or statute.  This August 2018 decision was later upheld by the Court of Appeals in May 2019, effectively affording landlords the right to require tenants to agree in their leases to a waiver of the tenants’ right to seek declaratory relief and a Yellowstone injunction (see link) In reaching its decision in 159 MP Corp., the Court of Appeal’s reasoned that “the [New York State] legislature ‘has not enacted any specific or blanket statutory provision prohibiting as void [against public policy] or unenforceable a tenant’s waiver of declaratory judgment remedies.’”

However, in December 2019, in direct response to the Court of Appeal’s decision in 159 MP Corp., the New York State Legislature passed New York Real Property Law § 235-h (see New York Assembly Bill No. A2554), which states that “No commercial lease shall contain any provision waiving or prohibiting the right of any tenant to bring a declaratory judgment action with respect to any provision, term or condition of such commercial lease. The inclusion of any such waiver provision in a commercial lease shall be null and void as against public policy [emphasis added].”  In enacting this new statute, the Legislature noted the public policy concern of protecting tenants from a landlords’ “use of minor lease issues as a method to remove and replace tenants in the middle of lease terms. Commercial landlords would be able to prematurely terminate leases whenever they wanted to force a tenant out, whether the default was legitimate or not, and the tenant who agreed to a waiver [of the right to seek declaratory relief] would have no recourse.”

As a result, only seven months after Court of Appeal’s decision in 159 MP Corp., the New York Legislature has made it clear that the Yellowstone injunction is back. 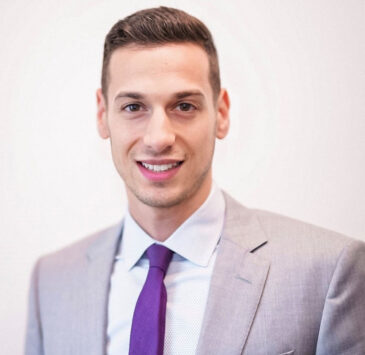